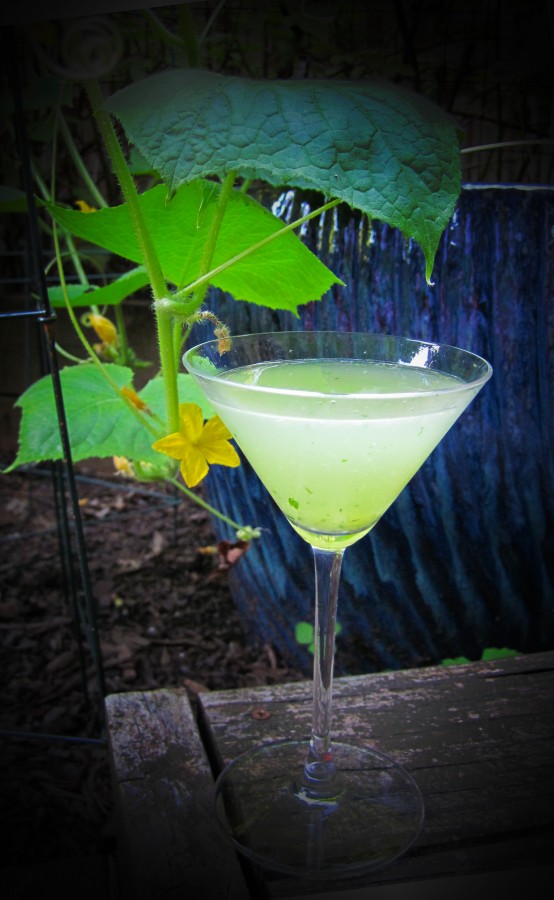 I don’t think my initial batch of berries was ripe. This is the first year I’ve actually paid attention to this plant as a food source instead of as a bird feeder so I wasn’t quite sure. It turns out that when they get ripe – and the birds start eating them – that they’re pretty much black. They’re also soft, which should have been a clue. Compare the berries below to the berries above. 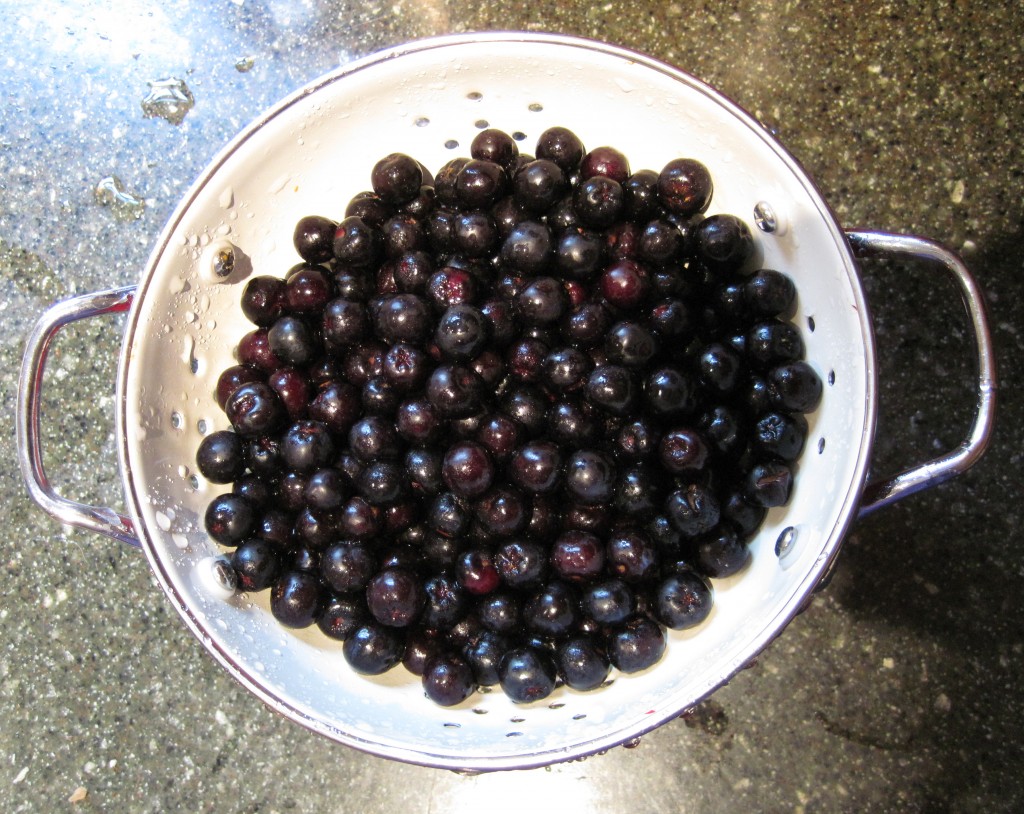 Much darker color! Hindsight, man. However, this just means I’m going to have two batches to sample. The first has been steeping for a few weeks now. 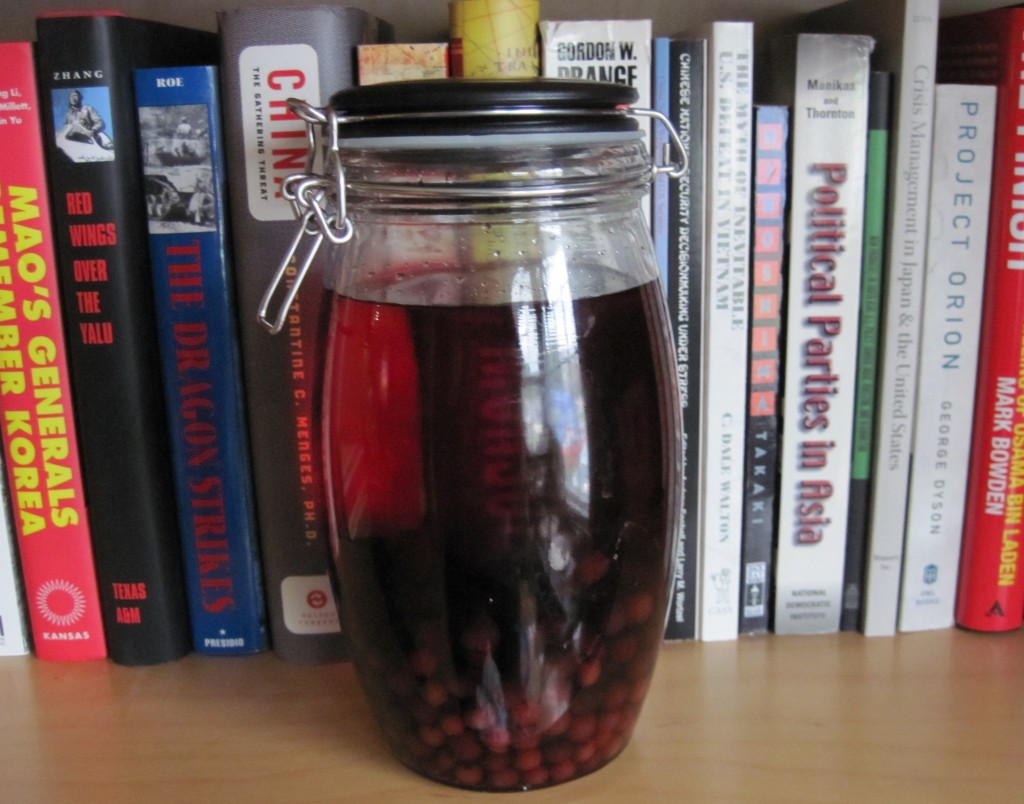 Bet you can’t guess who’s books those are.

It’s probably about time to add the sugar to the first batch. I still need to buy vodka for the second batch which have been chilling in the fridge for a bit while I get my act together. More updates soon!