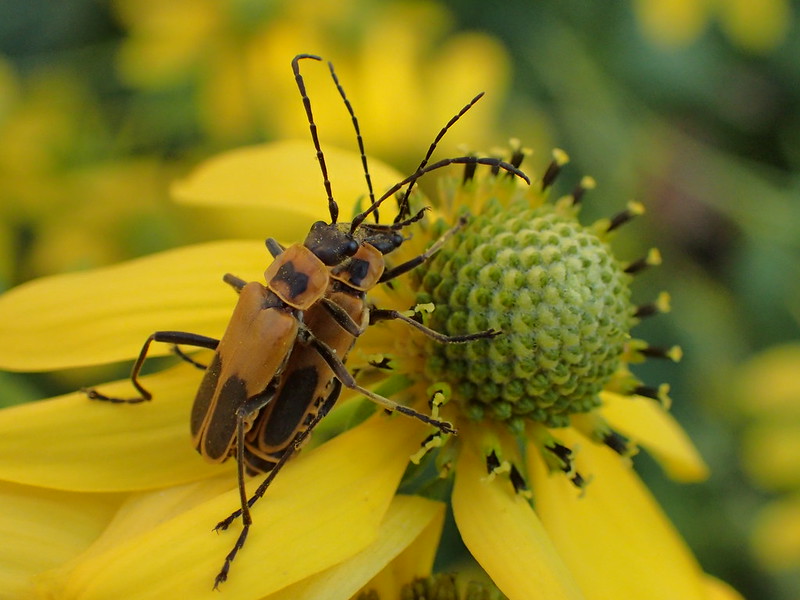 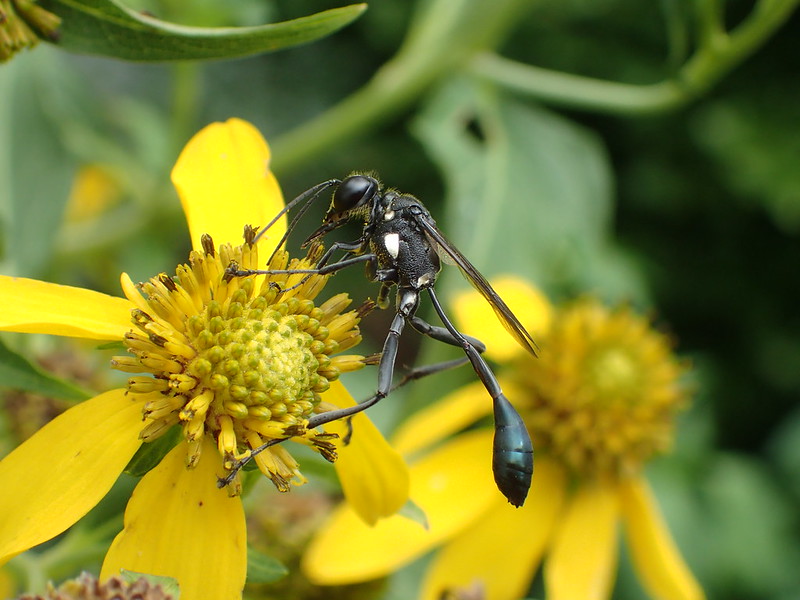 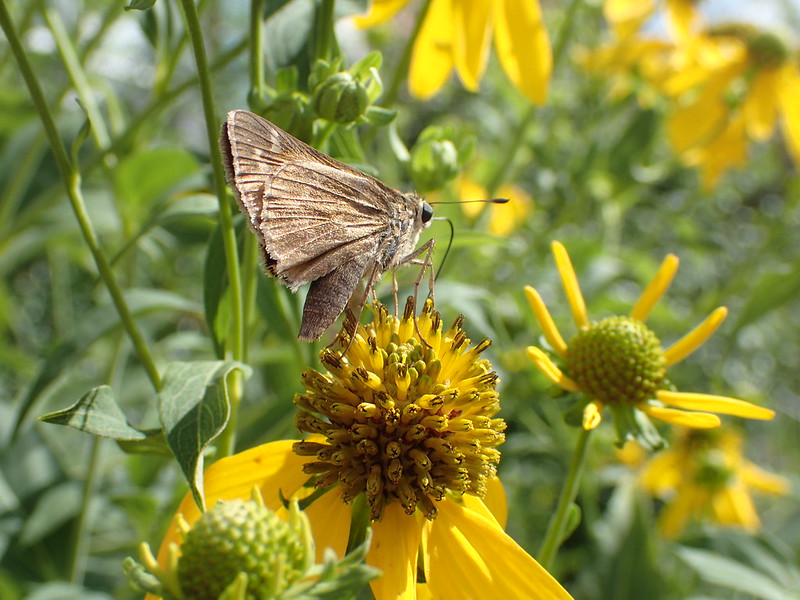 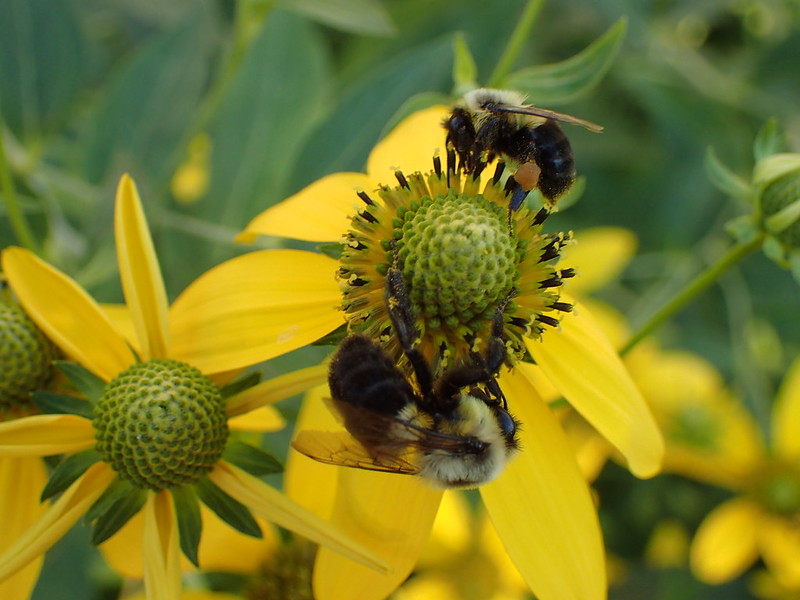 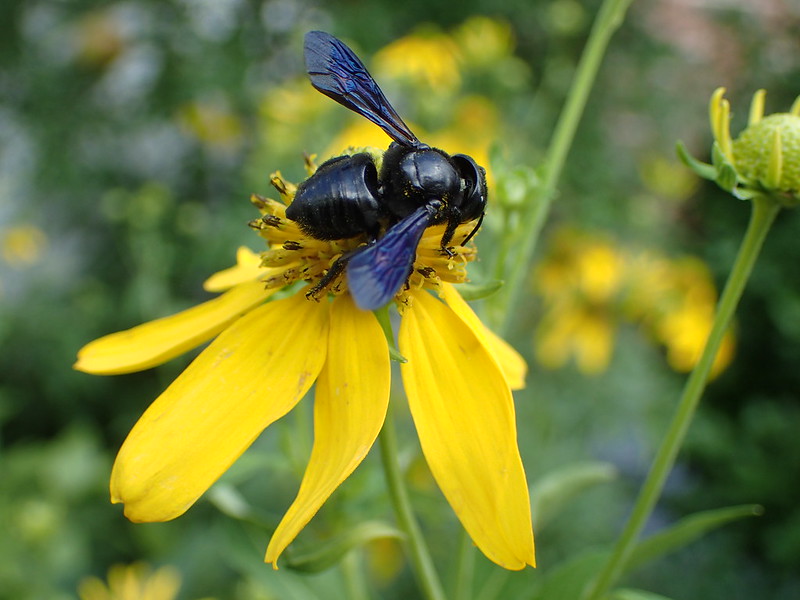 Two from the Kenilworth Park and Aquatic Gardens in DC. You can see more from these gardens in my photo set on Flickr. Turns out that the flower blossoms close for the day when the temp gets over a certain point, so it’s worth waiting until a cooler summer day to go or go early in the day. It’s a beautiful visit if you do. Two from the garden this week. The first is a butterfly that couldn’t make it out of a pitcher plant in my bog garden.

The second is one of the breadseed poppies I grew this year. They came in an amazing array of colors and shapes. The seeds were as varied, which I suppose shouldn’t have been surprising. They made fabulous lemon poppyseed muffins.

So daylilies are invasive and beautiful and at least around here, incredibly prolific. Did you know they’re also edible? You can eat the shoots, tubers, buds, and flowers. Evidently dried flowers are used in some Chinese recipes as “golden needles”, and they can be used to thicken soups and gravies. We have an abundance of them here at the Manor, because as it turns out they are perfectly willing to spread from seed if you don’t deadhead the buggers.

Hidden Rivers: a film series about the vibrant waters of Southern Appalachia

The video below gives you a preview of the film they’re making about the rivers of the southeastern USA. Beautiful fish there, like you wouldn’t believe live in our waters. The link goes to an Indigogo Campaign, raising money for the next few days! Kick in a few if you can. It’s lovely.

The rivers and streams of the Southern Appalachia are among the most diverse ecosystems in North America, and host globally unique groups of fish, amphibians, crayfish, mussels, and more… most of them virtually unseen and unknown to most Americans. As aquatic documentarians, we see in these waters an opportunity to expose the intricate beauty of what river ecosystems are, and what is ultimately worth protecting in a region that has seen some of America’s worst environmental disasters. Our goal is to create a collection of media that can build more public awareness for the value of these waters, and a greater sense of pride and protection for their beauty.

12 Old Words that Survived by Getting Fossilized in Idioms

English has changed a lot in the last several hundred years, and there are many words once used that we would no longer recognize today. For whatever reason, we started pronouncing them differently, or stopped using them entirely, and they became obsolete. There are some old words, however, that are nearly obsolete, but we still recognize because they were lucky enough to get stuck in set phrases that have lasted across the centuries. Here are 12 lucky words that survived by getting fossilized in idioms.