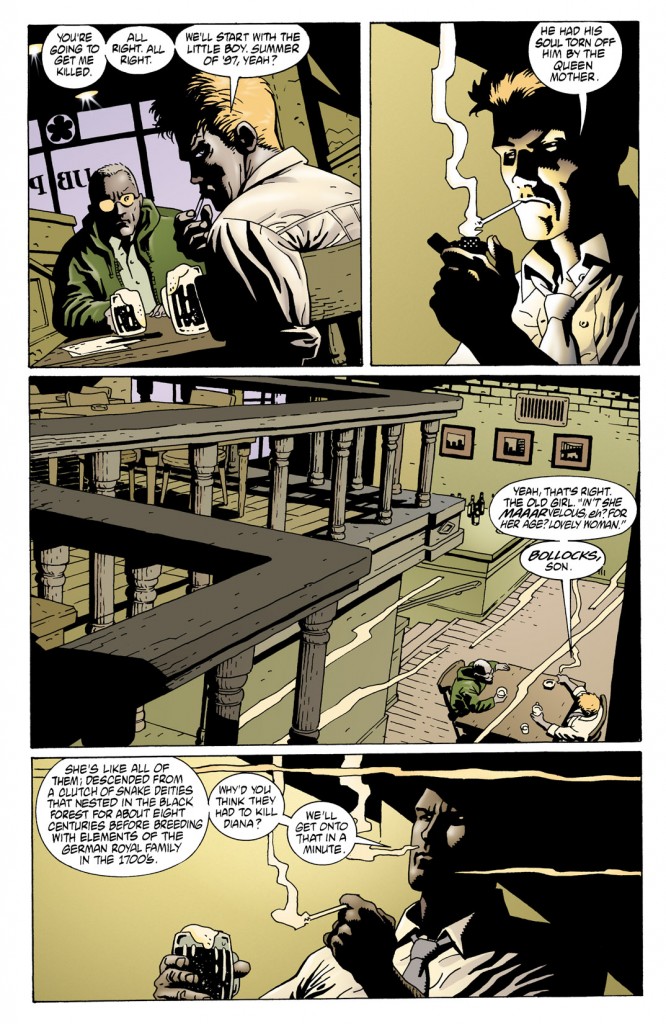 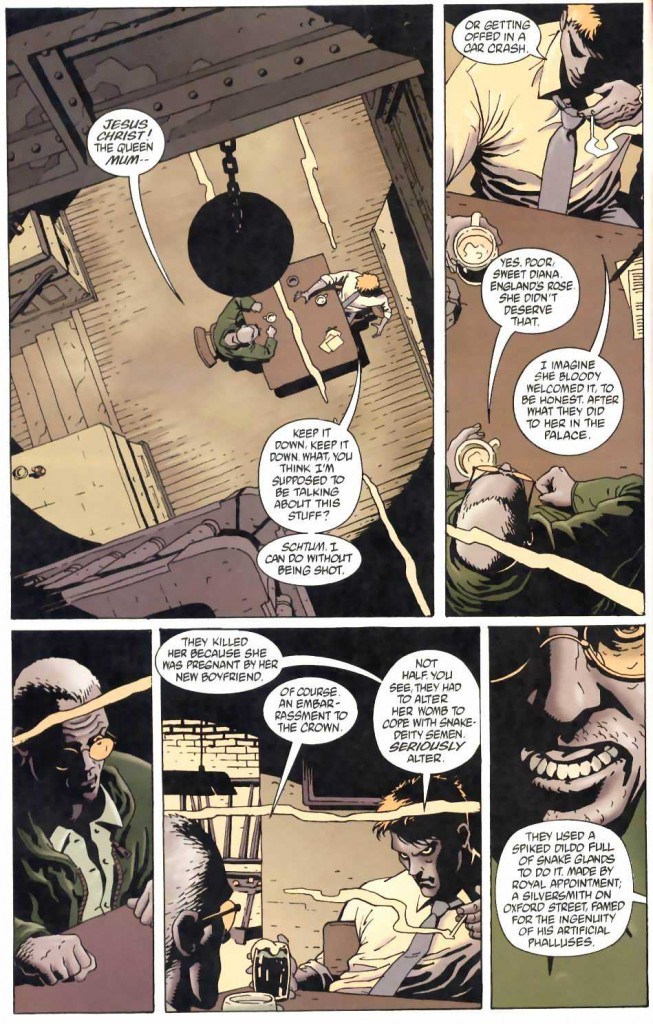 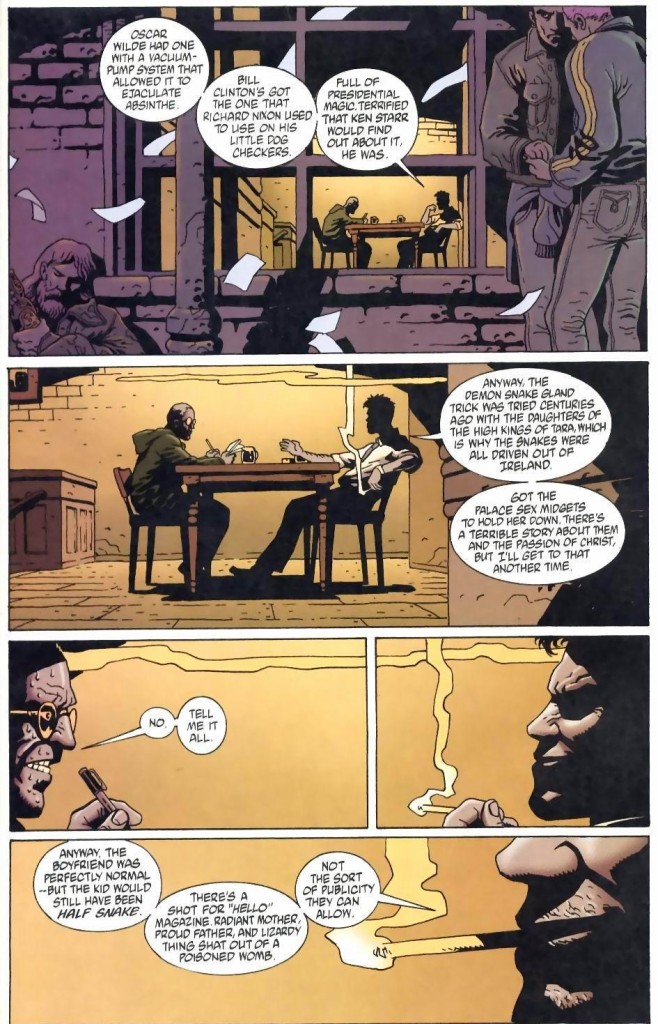 #royalbaby From Hellblazer 143, “Telling Tales”. You can read the whole thing here

John Constantine: You’re going to get me killed. All Right. All Right. We’ll start with the little boy. Summer of ’97, yeah? He had his soul torn off by the Queen Mother. Yeah, that’s right. The old girl. “In’t she maaarvelous, eh? For her age? Lovely woman.” Bollocks, son. She’s like all of them; descended from a clutch of snake deities that nested in the Black Forest for about eight centuries before breeding with elements of the German royal family in the 1700’s. Why’d you think they had to kill Diana? We’ll get onto that in a minute.

JC: Keep it down, keep it down. What, you think I’m supposed to be talking about this stuff? Schtum. I can do without being shot. Or getting offed in a car crash.

JC: I imagine she bloody welcomed it, to be honest. After what they did to her in the palace. They killed her because she was pregnant by her new boyfriend.

ISJ: Of course. An embarrassment to the Crown.

JC: Oscar Wilde had one with a vacuum-pump system that allowed it to ejaculate absinthe. Bill Clinton’s got the one that Richard Nixon used to use on his little dog Checkers. Full of presidential magic. Terrified that Ken Starr would find out it, he was.

JC: Anyway, the demon snake glad trick was tried centuries ago with the daughters of the high kings of Tara, which is why the snakes were all driven out of Ireland. Got the palace sex midgets to hold her down. There’s a terrible story about them and the Passion of Christ, but I’ll get to that another time.

JC: Anyway, the boyfriend was perfectly normal — but the kid would have still been half snake. There’s a shot for “HELLO” magazine. Radiant mother, proud father, and lizardy thing shat out of a poisoned womb. Not the sort of publicity they can allow.